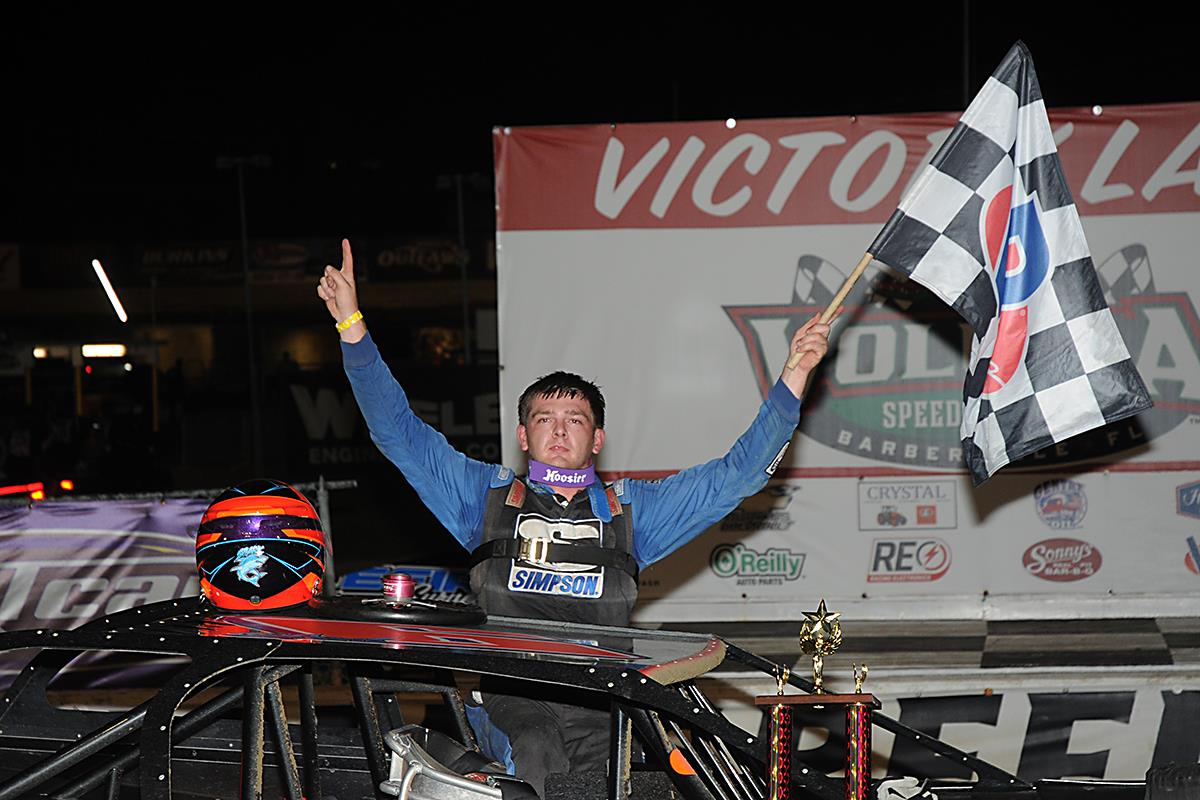 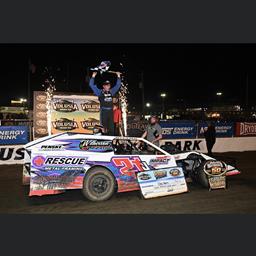 On Saturday afternoon, Clay Harris kicked off his Labor Day weekend with a visit to Volusia Speedway Park (Barberville, Fla.) to compete in two divisions for the Labor Day Classic. (Dave Shank Photography)

In his Late Model, Harris’s third-to-second run in his heat positioned him on the pole for the feature. Despite dealing with radiator issues throughout the 20-lapper, Clay turned back a charging Mark Whitener to capture his sixth win of the season and a $1,500 prize.

He pulled off a clean sweep in the Wilkerson Farms No. 21J Modified, following up a heat race win with a flag-to-flag victory in the feature. He pocketed an additional $1,500.

Hopping behind the wheel of the Ron Dubeau-owned No. 11 Late Model on Sunday at Hendry County Motorsports Park (Clewiston, Fla.), Clay rebounded after losing one spot in his heat to pick up his third win of the weekend in the feature. He took the checkers ahead of Cody Allen, Trent Wilson, Tommy Hill, and Billy Barrington. 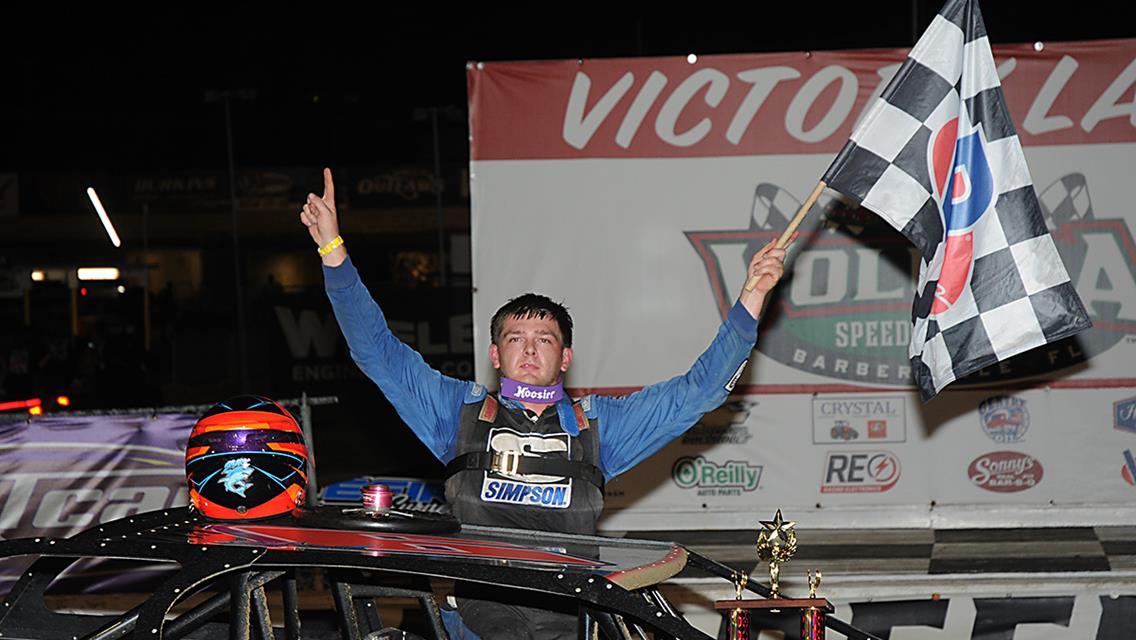 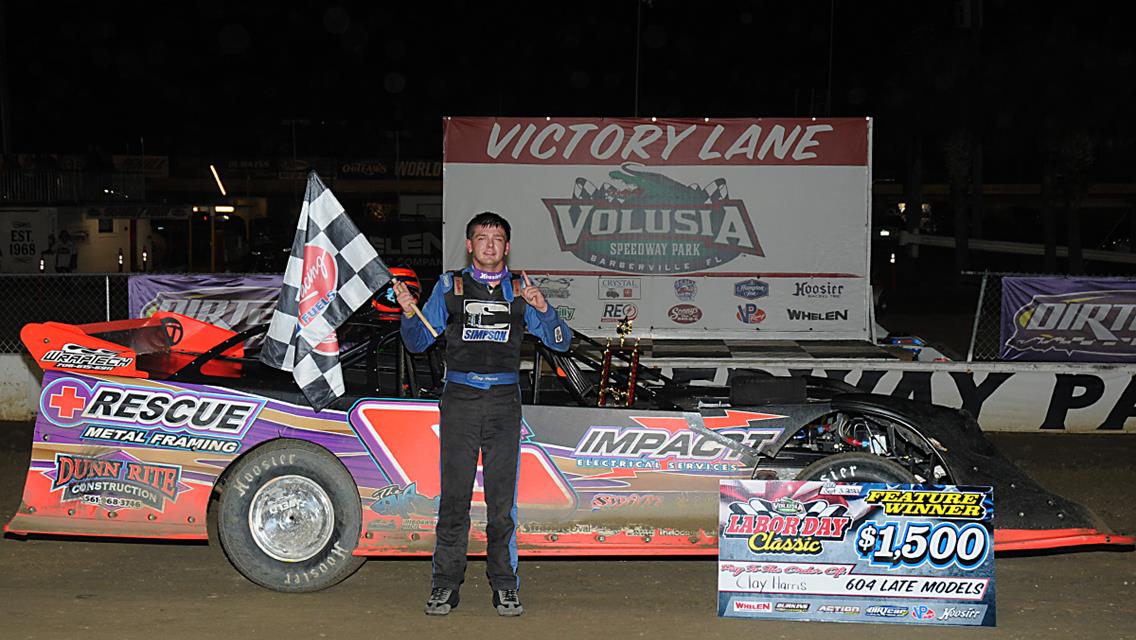 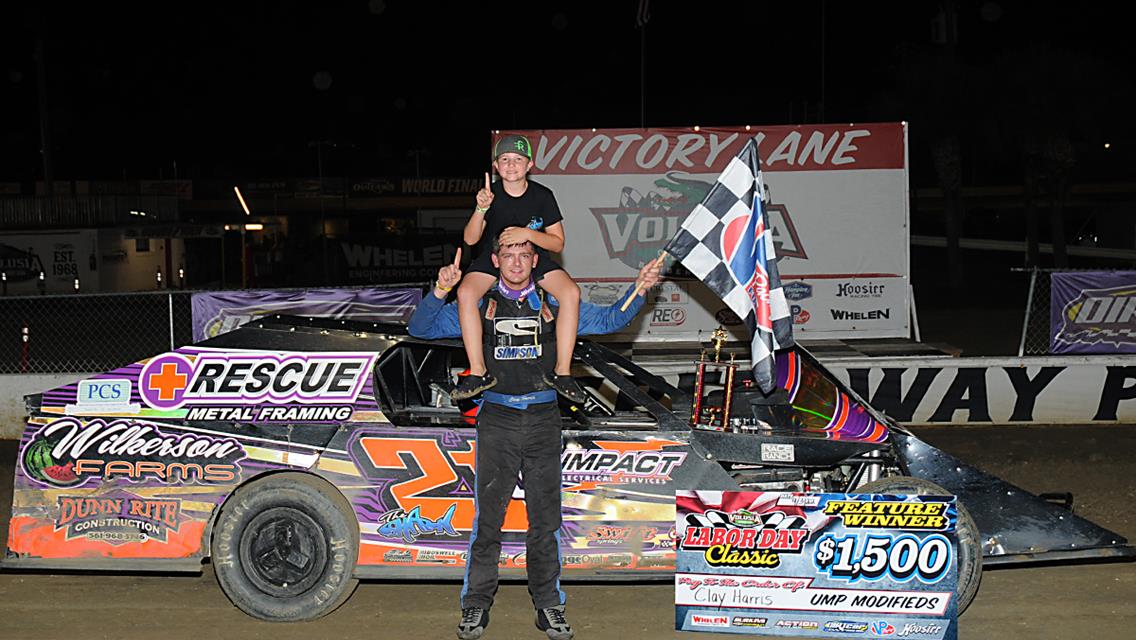